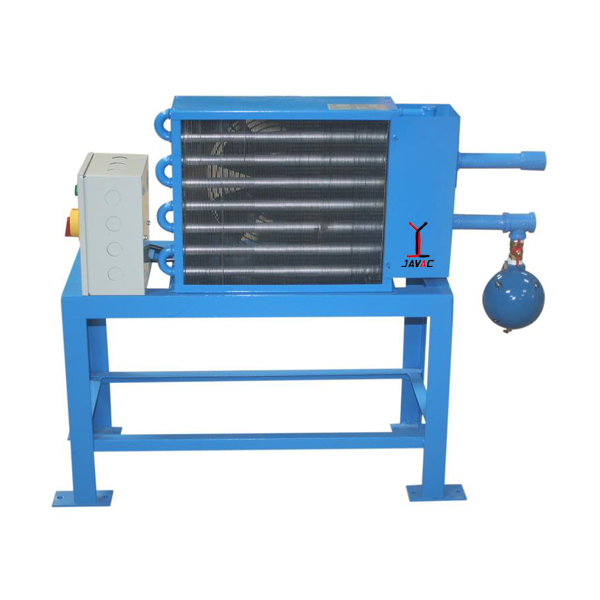 Why are aftercoolers necessary?
Regardless of the type of compressor used, the compressed air that comes out of that air compressor is heated.
That temperature depends on the type of compressor used.
High-temperature air is generally not useful in air-powered equipment, as heat adversely affects the equipment’s lubricating and sealing materials.
Hot air also contains large amounts of water vapor which, when condensed, contributes to oxidation, lubricant washout, and potential freezing problems.
Water exists as vapor in all atmospheric air (relative humidity) and when the air is sucked in by a compressor and pressurized, this moisture is concentrated in every cubic meter.
Due to the high temperature of the air, the humidity remains in the form of vapor (above the dew point temperature).

The dew point is the temperature at which this air becomes 100% saturated with its ability to retain water in a vapor state and, with any additional cooling, must release excess moisture as a liquid.A general rule of thumb is that for every 6 ° C rise in temperature, air can hold twice its moisture load in the vapor state above the dew point.
As the compressed air cools, this water vapor condenses into a liquid form and is removed from the air stream.
For example, if an aftercooler is not used, a 2000 liter / minute compressor operating at 7 bar can introduce 2 to 5 liters of water into the compressed air system every day, depending on the relative humidity of the ambient temperature. .
Our air-cooled aftercoolers have the ability to cool compressed air 5 to 7 ° C above the ambient temperature of the cooling air.
As the compressed air cools, up to 75% of the water vapor present condenses into a liquid and can be removed from the system.
A moisture separator, installed at the aftercooler outlet, mechanically removes most of the liquid moisture and solids from the compressed air.
Using centrifugal force, moisture and solids accumulate at the bottom of the moisture separator.
An automatic drain is used to remove moisture and solids.